Things to Know When Switching to Frameless Shower Screens

Choosing your bathroom design is an important step in your home. Your shower is a pivotal part of this design. Frameless shower screens are a modern alternative. They give functionality to spaces that traditionally framed enclosures would make impossible while adding elegance to the overall look of the bathroom. That being said, there are a few things you should know before making the switch to frameless shower screens.

One of the major benefits of frameless shower screens is they are easier to clean than framed enclosures. The lack of crevices in the frame leaves less room for bacteria and mould to grow and a glass cleaner normally leaves a streak-free finish. Frameless screens are also completely customizable, allowing for integration into any space or design without limitations due to frame size or shape. They come in a variety of finishes, from frosted to etched, clear and tinted.

They can also be cut to fit your specifications and can have rounded straight bevelled or curved edges. Without the obstruction of the frame, the doors can be opened inward or outward and be placed in different locations on the shower. Thus, frameless shower screens are compatible with almost any design, whether tile, glass, rock, or traditional walls.

Ultimately, frameless shower screens can increase your property value, giving the sought-after modern design many buyers are looking for.

The most prevalent drawback with frameless shower screens is privacy. While the glass can be frosted or etched, they are still very transparent. Another issue to be considered is the absence of a frame leaves open spaces that water can leak through, which will require adjustments to the design. With the proper shower head or placement, this should not be too much of a problem though.

Taking into account all of the benefits and drawbacks for frameless shower screens, it is also important to know that installation costs and requirements for either the do-it-yourself individual or hiring a professional are relatively the same for both frameless shower screens and those with a frame. The decision comes down to budget, design, practicality and desires. 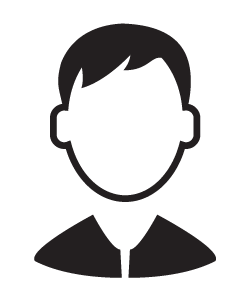 Did you know there’s a best practice for cleaning up broken glass when a window meets with an unfortunate end? I sure didn’t. I thought it was just a case of picking up the broken pieces, wrapping them in newspaper, and then vacuuming the area. I didn’t even think about using gaffer tape to secure the pieces of glass still in the window, and sweeping before vacuuming (which is why those pieces of broken glass used to rip holes in my vacuum cleaner bag). I also learned that wiping the area with a slice of bread is an amazing way to pick up any remaining fragments. On this blog you’ll learn all kinds of handy things, from dealing with broken glass, to the quickest way to get it fixed (even tips in case broken glass is a regular occurence in your home, like it is in mine… thanks kids).